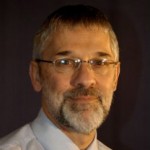 With the exception of 2013, when he served as a Chief Economist for the Federal Communications Commission, Dr. Wildman has served on the faculty of Michigan State University since the Fall of 1999. Prior to joining Michigan State, he was Associate Professor of Communication Studies and Director of the Program in Telecommunications Science, Management & Policy at Northwestern University. Earlier positions include Senior Economist with Economists Incorporated and Assistant Professor of Economics at UCLA.